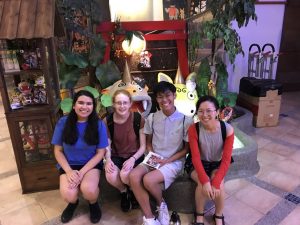 Hailing from Seattle with one of the largest Chinese-American populations in the U.S., Wilson had always been surrounded by Chinese culture and language. As an Asian American himself, he saw the interaction with Chinese-Americans as an important cultural exchange. Wilson wanted to participate in NSLI-Y to continue cultural exchange through proficiency in the Chinese language.

Wilson took part in the summer Chinese program in Kaohsiung, Taiwan. Throughout the six week program, he participated in Chinese classes about four hours each weekday. During the classes, he and his peers would participate in role-play activities, text readings, and the studying of characters. The participants also had homework, like memorizing vocabulary, exercises, and practicing for in-class presentations. Wilson noted that the curriculum was very structured and focused on every day, practical experience. 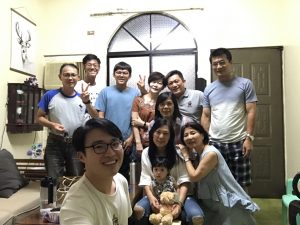 Some of Wilson’s dearest memories in Taiwan are with his host family. Wilson lived with his host father and mother, brother, and grandmother. Living with a host family, he was able to better understand Taiwanese family dynamics, as well as sample delicious homemade family recipes, many of which contained fresh fruits and vegetables from Taiwan’s tropical climate.

While living with his host family, Wilson was able to discuss Taiwanese cultural and religious values such as Taoism and Buddhism. His language and cultural education coalesced during his final project about the cultural differences in homelessness between Taiwan and Seattle. Though a heavy and complex topic, he was able to navigate through conversations using only Chinese. Wilson describes this as his Chinese ‘Aha’ moment, or when everything linguistically started to “click” for him. 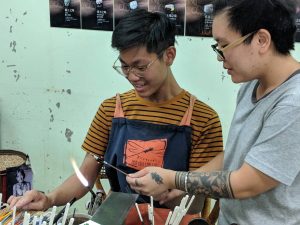 After Wilson arrived back to the United States, he realized how much he loved the Chinese language and Taiwanese culture. He still talks to his host brother every day. He is now inspired to learn Taiwanese in addition to his continued Mandarin Chinese studies. As a freshman at the University of Washington – Seattle, Wilson plans to major in Public Health, with a minor in East Asian Studies. He has yet to finalize his career path; he knows, however, that whatever career he chooses, Chinese will remain tremendously beneficial and relevant in that profession.

One piece of advice that Wilson would like to impart on future NSLI-Y participants is to not be afraid to venture out of their comfort zone. A natural introvert, Wilson pushed himself to engage with his Taiwanese host community. Through this, he was able to increase his communication skills and develop lasting relationships.