NSLI-Y is pleased to congratulate three NSLI-Y alumni — Tristin Black, Sophia De La Cruz, and Madison Romo — who have been selected for the prestigious Charles B. Rangel International Affairs Summer Enrichment Program. This program is designed to provide undergraduate students with a stronger understanding of foreign affairs and potential careers within international relations. As Rangel Scholars, they will spend the summer living at Howard University in Washington D.C., taking coursework related to U.S. foreign policy, and visiting various institutions involved in international affairs. Learn more about each recipient and their path from NSLI-Y to Rangel and hear their advice! 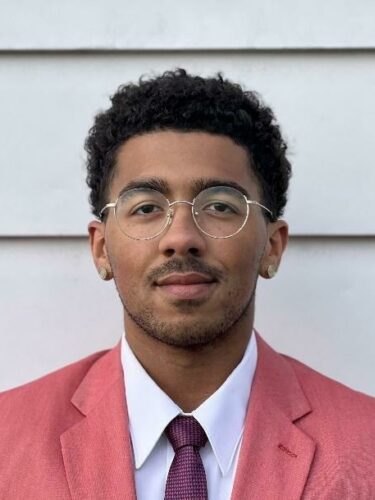 Tristin Black is an alumnus of the Indonesian summer program and is currently a third-year Honors Scholar and James Graham Brown Fellow at the University of Louisville, majoring in Political Science with a Pan-African Studies minor. He was interested initially in Bahasa-Indonesia after realizing how little he knew about Indonesia. He considered the ability to study the language a truly once-in-a-lifetime opportunity to gain an appreciation for a language and culture completely outside his frame of reference, and he hoped to bring back what he learned there and serve as a cultural ambassador for Indonesia in the United States.

He notes that his NSLI-Y experience had an impact on his professional endeavors and gave him the opportunity to learn more about what an internationally-focused career could involve. While in Jakarta, his cohort visited the U.S. Embassy multiple times and witnessed the work being done by U.S. Foreign Service Officers. One of Tristin’s favorite memories from NSLI-Y occurred while joining a cohort of Public Diplomacy Officers who were volunteering in a community outreach center in Jakarta with local youth. Tristin spent the afternoon playing soccer with the kids, reading to them, and getting to know them. Events such as these helped Tristin realize the importance of public diplomacy and how pursuing a career in the Foreign Service would allow him to advance U.S. foreign policy while improving the lives of the everyday people in the communities he serves. Tristin realized that working for the State Department would combine his passions for people, politics, and travel in a way no other career could.

Along with sparking a love of travel, Tristin credits his NSLI-Y experience with greatly expanding his cultural horizons, giving him a lifelong appreciation for language learning, and instilling in him lasting gratitude to the nation of Indonesia. He hopes to keep working to gain gradual expertise in Asia-Pacific affairs so he can return to live and work in the region. To achieve those goals, he has also participated in Model United Nations, served as Secretary for the United Nations Association on campus, and worked as a Research Fellow in the University of Louisville’s Center for Asian Democracy, which allowed him to construct a database of election profiles and examine challenges to democratic consolidation in the Asia-Pacific region. 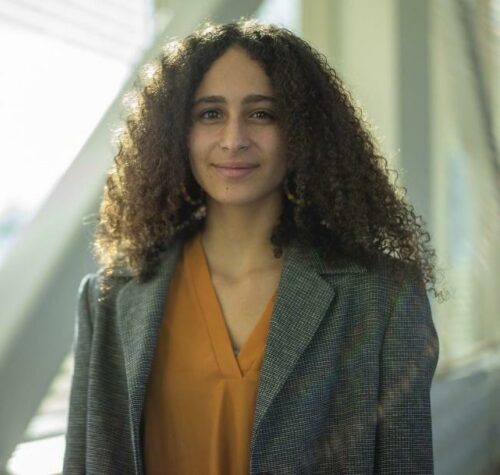 Sophia De La Cruz is an alumna of the NSLI-Y summer Russian program in Moldova and is a sophomore at the University of Florida studying Political Science. Sophia’s first encounter with Russian language and culture began when she started taking piano lessons with a Russian woman living in her neighborhood. Growing up around Russian-Ukrainian people and Russian language and culture ignited Sophia’s interest in learning the language herself, leading to her subsequent participation in STARTALK and NSLI-Y. Sophia credits the rigorous immersive environment of NSLI-Y with helping her learn enough Russian over one summer to skip a year of Russian classes at her university upon her return. Additionally, her NSLI-Y experience helped her learn how to challenge herself and become comfortable in discomfort and unfamiliarity. It also introduced her to new political ideas, cultural practices, and cultural norms and led her to become more curious about other languages and cultures beyond Russian. She has pursued these interests through working with her university’s English Language Institute as a Language Assistant which allows her to teach international students colloquial English, and she is learning Arabic in addition to her Russian and Spanish studies. Sophia notes that the language learning skills which she gained while on-program have helped her strengthen her abilities in other languages as well.

Sophia is committed to supporting community-driven solutions and uplifting voices through law and policy change. She interned in the Florida Senate Minority Office with Leader Lauren Book, researching policy issues relating to education and criminal justice. She was named a Reubin Askew Scholar at the University of Florida and earned three microgrants to allocate towards community capacity building and educational enrichment. Sophia plans to combine her passions for educational equity, multiculturality, and human and civil rights to pursue a career in human rights law, social policy research, and nonprofit leadership. 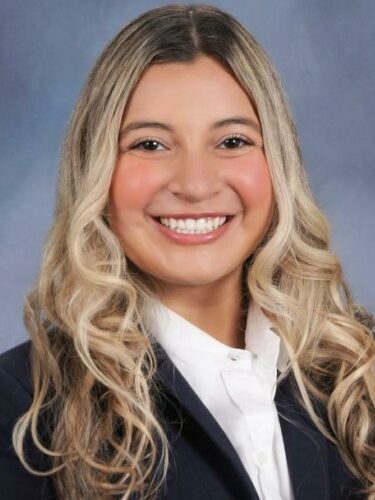 Madison Romo is an alumna of the NSLI-Y summer Russian program in Moscow and recently received her bachelor's degree in International Relations with a concentration in foreign policy and security with a minor in Russian Language and Literature from Boston University. She was inspired to learn Russian by her European History course, where she found herself particularly drawn to Russian history and intrigued by Russian historical figures. This interest in Russian history and culture only grew during her time on the program. Furthermore, Madison had been interested in international affairs from a young age, but NSLI-Y solidified her passion for learning about other cultures and exposing her to many different types of international careers. Having never previously left the United States, she notes that her experience with NSLI-Y allowed her to develop a global perspective. Taking in the culture, getting to know people with vastly different backgrounds from her own, learning a new language, and exploring a new place broadened her understanding of the world beyond her daily reality in Houston, Texas. Her favorite NSLI-Y memories are centered around time spent with her host family, whether eating meals together or engaging in long conversations about Russian culture that lasted late into the night. These experiences, along with participating in NSLI-Y’s professional development activities, strongly drew Madison to pursue a career in diplomacy.

In addition to her NSLI-Y experience, Madison served as a legislative intern in the U.S. Senate Office of Senator Markey, advocacy intern for the Pardee Initiative on Forced Migration and Human Trafficking, Associate Editor of the Boston University International Relations Review, Vice President of CAS Student Government, member of Alianza Latina and Pi Sigma Alpha academic fraternity, and President of her sorority. Madison is planning on attending law school in the fall and hopes to focus on international law and diplomacy.

Besides improvements in language skills, all three alumni note other skills that they gained during their NSLI-Y programs that they still use as they prepare for their careers. Tristin notes how he learned to communicate in different manners, using non-verbal communication skills, humor, and a simplified approach to complex political topics to discuss issues with his host family. Learning to be more intentional in his communication is something he believes will be an asset in his diplomatic career. Sophia also highlights how her communication skills have improved because of NSLI-Y, especially in strengthening her writing skills. Madison details how her NSLI-Y experience helped her gain confidence. She also improved her time management through balancing study time while making sure to take in cultural experiences - a valuable skill she uses now when managing fellowship applications, internships, and coursework!

All three alumni have valuable advice to share for NSLI-Y alumni interested in applying for other scholarships and fellowships. Tristin, encouraging applicants to never diminish the significance of their accomplishments such as NSLI-Y, states that “the independence, confidence, and multicultural perspective you gain while studying abroad makes you a valuable addition to any program or school you’re applying to, so be sure to highlight your NSLI-Y experience on applications and especially in interviews.” He also encourages applicants to connect their NSLI-Y experiences to other areas on their resumes, to show how the experience has impacted them beyond the duration of the program. Madison encourages applicants to not be afraid to try new things, noting “if you are passionate about a certain area, it is so worth taking the risk… you really never know what could happen if you put yourself out there!” Both Sophia and Madison note the importance of starting the application process early so that applicants have time to ask others for feedback and work with recommenders. Finally, Sophia encourages applicants to reach out to alumni for support, and “know that so many people are willing to support you and want to help you succeed.”