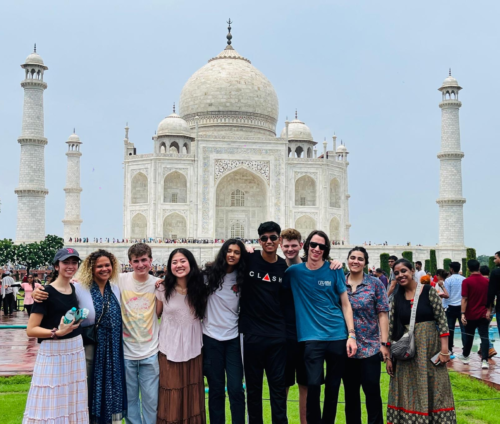 When I first thought about the fact that I was going to be traveling to India, I was immediately seized by the thought of making friends in a completely new place who would have a completely different perspective of me than my friends from home. Once I finally got there, however, I found it rather hard to make friends for a variety of reasons, COVID being chief among them. Our classes were largely separated from the actual students attending our school, and our recess times often did not allow us to meet the same people more than once or twice. Additionally, a heavy exam schedule meant many students would be studying and spending their time elsewhere. However, one day I noticed some of the kids throwing a ball and playing hand ball and other games in the school yard and decided to join in. It wasn't long before I started talking to the same kids each morning and playing on a regular basis. Eventually I decided to introduce them to a game of my own, so I spent my first rupees on some frisbees and began bringing them every day. Frisbee became a schoolwide sensation in addition to being my favorite way to socialize, and I eventually decided to collect the signatures of at least some 40+ students that I befriended. That frisbee, framed above my college desk, will forever be my most valuable souvenir and a constant reminder of the promise I made to revisit all of my friends. 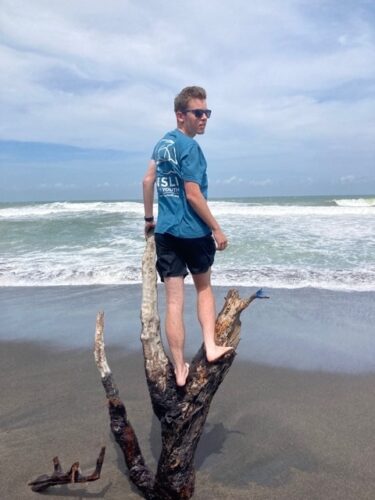 My time in Indonesia was unforgettable. There were many things such as our language class, cultural activities, and host family experiences that taught me so much about Indonesia. I really enjoyed the cultural activities as we went to the beach, Prambanan, and Borobudur during weekend trips. At home, speaking 100% Indonesian with my host family was most influential in my language learning, and I felt at home whenever I was with them. Overall, NSLI-Y gave me so many memories well beyond my expectations!