My Personal Odyssey to Tajikistan

In the video clip above, NSLI-Y Tajikistan student Nilaya gives a short speech in Tajiki about her home state, Pennsylvania, to Tajik students at the National Library in Tajikistan. Nilaya mentions nature, historical sites, and her school, in addition to comparing her life in America to her experiences in Tajikistan.

"Where on Earth is Tajikistan?"

I have encountered this question countless times since the announcement of my National Security Language Initiative for Youth scholarship in March. Sponsored by the U.S. Department of State, this extraordinary merit-based scholarship enables intensive overseas immersion for less commonly taught languages. 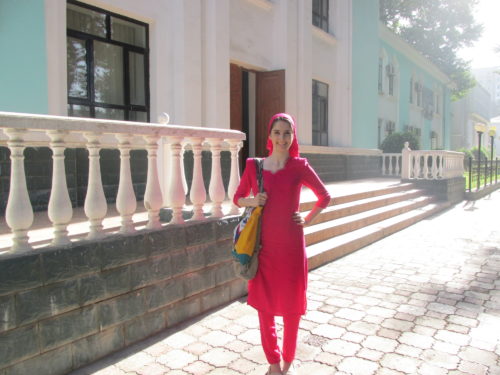 Many people wonder why I chose to study a language in a totally different environment this summer. The answer to this question is that I have always had a passion for learning diverse languages and studying about the world. When I was young, I would always pick up words and phrases in foreign languages, jotting them down in my small notebook. This simple act inspired me to pursue my dream of traveling abroad with National Security Language Initiative for Youth. I chose Tajiki as my first choice during the application process, because I was specifically drawn toward its exotic language and its melodious sound. I was also attracted to the rustic and natural appeal of Tajikistan. Along with the 11 other award recipients, my destination for the next two months was this incredible country bordered by Uzbekistan, Kyrgyzstan, Afghanistan and China.

Tajikistan, previously home to many ancient cultures, empires and kingdoms, is a remote, mountainous country in Central Asia. Over time, the land has known a myriad evolution of faiths and civilizations dating back to Zoroastrianism, which first arose during the ancient Persian Empire. As time advanced, new beliefs such as Roman Catholicism and Judaism emerged, culminating in the present-day official religion of Sunni Islam. In 1991, Tajikistan gained its independence from the former Soviet Union, and Russian is still commonly spoken by almost everyone in the country. This helped me understand Tajik history, especially since the Republic of Tajikistan is only about 20 years old. The Tajiki writing system is based on the Cyrillic script used in Russia, in addition to being the national script of 11 other countries. I was surprised at how much Russia influenced Tajikistan. 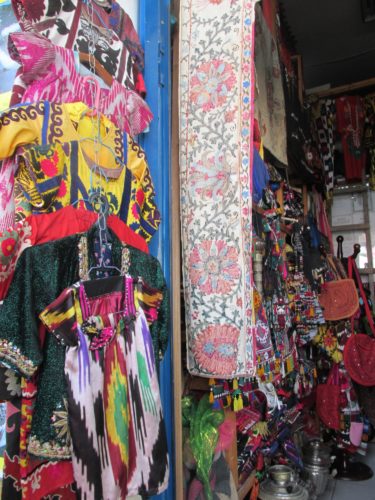 When speaking with the locals I not only was given the time to practice my Tajiki but was also able to learn more about Tajikistan and about their culture. I often went to the bazaar near my host family's home, where I always enjoyed bargaining. At 5 in the morning, I sometimes would go with my host mother to buy fresh vegetables, produce and meat. Even at 5 a.m., the bazaar was crowded with people! A common meal usually consisted of salad made of cucumbers and tomatoes, tea, a main course, and watermelon. During my two-month stay, I was never served the same meal twice.

It was serendipitous that "The Odyssey" by Homer was my first reading assignment this past year in 10th grade. Like the hero, Odysseus, I discovered that it is through travel that one finds oneself. During my two months away in an exotic land far from the comforts of my home, family and language, I learned more about myself than ever before. All familiar bearings faded, and an uncharted world appeared, revealing new layers of richness and culture each day. Travel is an art and the pursuit of the unknown. Voyages and voyagers embody the essence of our civilization and epitomize the thrill of revelation and self-discovery. 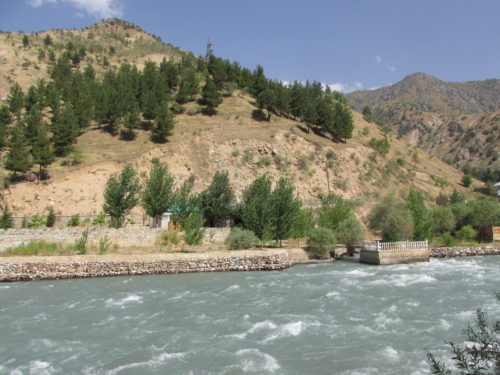