Veiling and Revealing: Wearing a Hijab in Oman

“Did you have to cover your head?”

In the past few months I have heard this question countless times. If a conversation about my summer extends beyond “How was Oman?!” I can depend on that question being the follow-up. Eager to talk about all that I had learned and experienced in Oman, I quickly began to internally groan each time my hair’s visibility was questioned.

Before I left for Oman I would stand in front of my mirror “practicing” wrapping a scarf around my head. After minutes of struggling to fully cover my bangs, I would look at myself and something in my heart would surge. Standing there with a shabbily tied scarf, I felt somehow connected to this utterly mysterious and distant place called Oman. 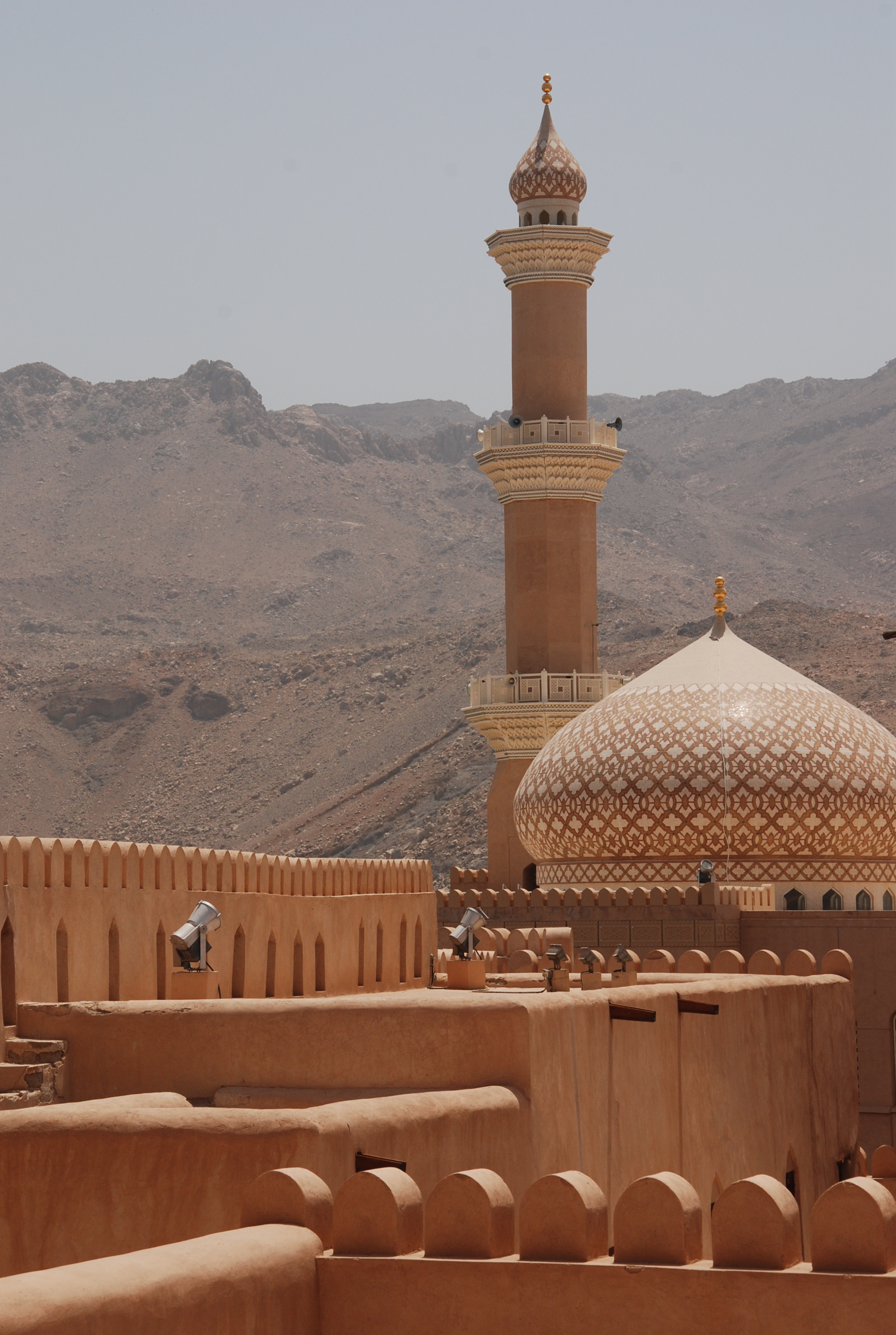 For my first ten days there, my only interaction with scarves was buying them, as my host family had told me that I needed to wear hijab only when we went out during Ramadan. A couple of days before the full moon, the other girls on my program and I practiced putting on a scarf in a way that would actually stay on. On the first day of Ramadan, I walked into my family’s home with my hair carefully covered by blue and purple stripes. My host sister, Anood, was the first to see me. She widened her eyes and grinned, saying “Jameela Wagid! So much pretty!”

That night, proudly wearing a new Omani housedress and matching scarf, I went to an uncle’s house for the breaking of the fast. Once surrounded by all the female cousins, I was hit by a barrage of questions. “Why are you wearing that?” “Aren’t you hot?!” “It’s all girls here! Take off your scarf!” An exchange student’s most vital tool—a cheerful and content expression—came in handy as I assured them I was perfectly comfortable. As they were all still covered, showing my hair would only have added to the mountain of factors (white skin, five foot nine, inability to understand Arabic) that caused me to feel like I had a neon sign saying OUTSIDER pointed at me. When wearing my scarf, from behind at least, I blended in.

In many parts of the world that are not predominately Muslim, wearing the veil does exactly the opposite. In France, women who cover their face in public are breaking the law, as are people who wear any sort of religious covering in school. A friend from Staten Island told me about a time when he saw security guards in a mall approach a woman wearing hijab and ask her to leave. I’ve seen people on the street throw second glances at women wearing Islamic dress. Even within my bubble of friends and family, the veil is a noteworthy topic, and by asking so quickly about the veil and my comfort wearing it they reveal concerns about the connotations surrounding hijab. I don’t know what these associations are for each individual, only that they must exist. For if there were none, if hijab was viewed as perfectly normal, then whether or not I covered my hair wouldn’t be such a prominent question in people’s minds. 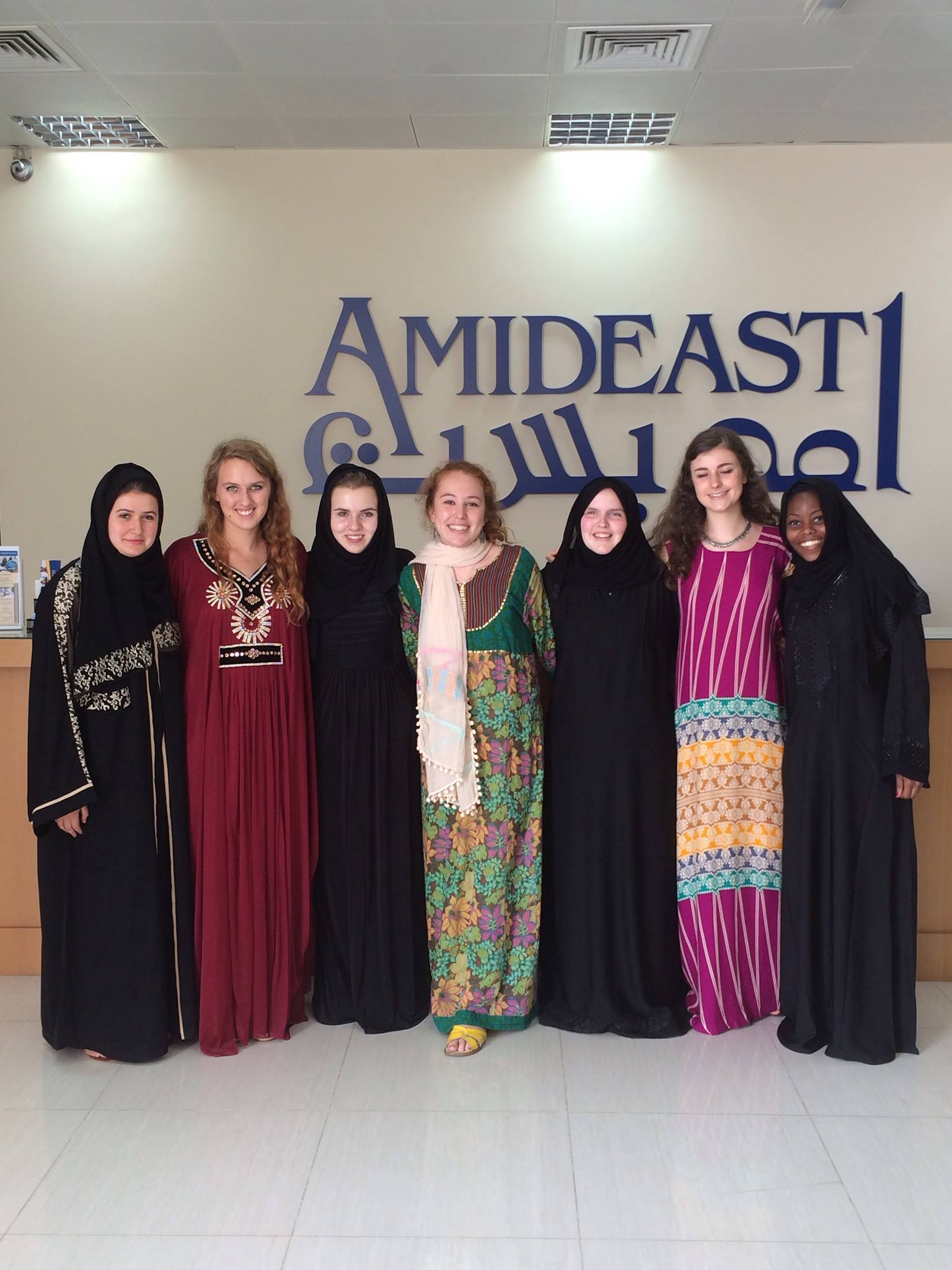 I can’t remember formulating any opinions about hijab before Oman was in my future, but I’m pretty sure I thought about it. I know I wasn’t fully aware of all the opposition faced by women who choose to cover, and stepping onto the tarmac in Oman did little to change this. As the first few days passed I became more curious about the veil and its history. In my Arabic school’s library I found a collection of essays about the veil written by women from a large variety of religious and cultural backgrounds. While reading them, I realized that I had never considered what it was like to wear hijab in a country where the vast majority does not. And there I was in the exact reverse position. For the first time in my life, second glances were directed at me, and for the first time I was forced to confront the realities of the choice to wear, or not wear, hijab.

When I think back on all the strange and noteworthy experiences I had in Oman, having to cover my hair barely registers. I have an abundance of wonderful stories and moments to share, yet so many people’s main interest seems to be whether or not I wrapped a scarf around my head. Frustrated by this, I wanted to come up with an answer that would perhaps help to lower the stigma and mystery hijab holds in American society. The next couple of people who posed the question were the recipients of an incoherent rant that left them nodding vaguely. I realized that perhaps the answer to best express both my experience with the hijab and help normalize it was simply “Yeah, but it’s no big deal.” 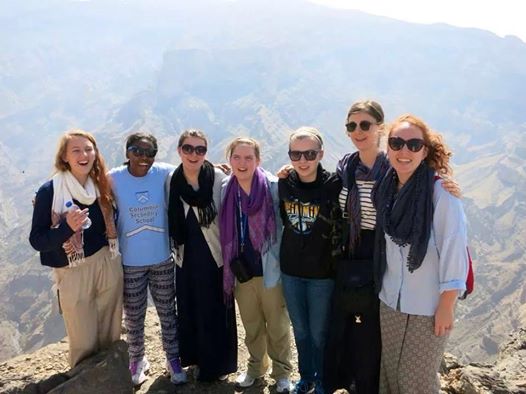