Foreigners from a Foreigner’s View

Chance is from Missoula, MT and participated in the NSLI-Y Chinese Academic Year 2018-2019 program in Taiwan.

The first week I spent in Taiwan, I hardly saw any other foreigners. It seemed like our NSLI-Y group were the only ones around. Unexpectedly, the Taiwanese didn’t take as much of an interest in us. From my short experience in Mainland China, it wasn't uncommon to feel like you are constantly being stared at. Especially in tourist areas, people from rural China can be found traveling and a foreigner becomes the center of attention. The western world but more specifically America, is idealized in many Asian countries. 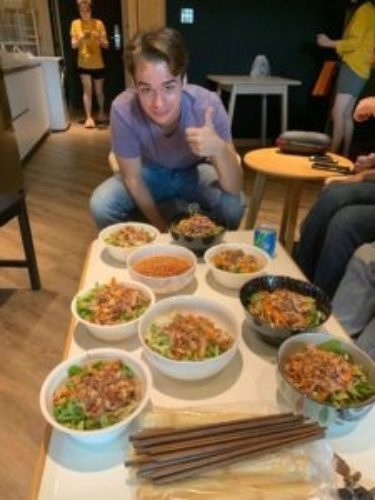 Taiwan's small size and diverse cultures has made the country far more used to foreigners. After the first day or two of total cultural shock, I was able to take note of the actual faces I saw on the street. At this point, other foreigners still seemed far and few between. When I did come across another foreigner, the encounter was not what I expected at all. Why? Because we just walked by each other, nothing to it. Despite such a standard reaction, it left a lasting imprint on me. Like a picture in negative, the roles were reversed and seeing another foreigner brought about a sense of wonder.

In my mind, I was ready for some unwritten rule to show its face. It was more awkward than I imagined, like when you see someone wearing the same exact shirt as you. What are you supposed to do? Use it as a conversation starter? Give them a smile and both nod in acknowledgement? Maybe its too much to handle so you avoid eye contact and get out of their vicinity as soon as possible. The only reaction I haven’t encountered is the conversation: “Oh my god, you’re a foreigner too? Wow! We're both foreigners here!” 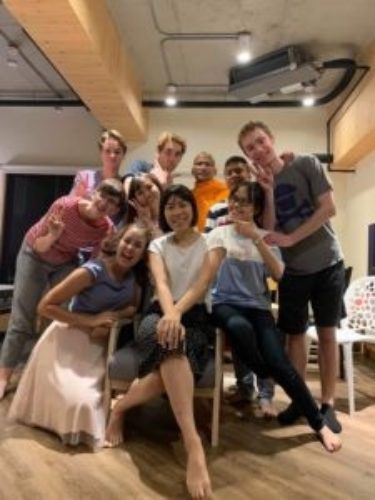 When I first was not even getting a polite smile or acknowledgment back, my original thought was that they were in a way, scared. Scared or annoyed or woken up to realize they are not special. I am not special. It can feel like we are off the beaten path of life. While mostly everyone I know chose a college in the U.S. or got a job and are working their way through life, here I am on the other side of the world. This is no plan that was laid out to me, I never knew this was an option and I know some people who still can’t quite believe that it is. While it can be lonely at times to realize you are not moving through society’s machine right next to so many people you care about, there is solace in knowing you truly aren’t the only one. With that comfort comes the other side of the coin however, the loss of individuality. We all just want to be special.

I’ve come to realize that the foreigners who ignore you aren’t really experiencing the transition from being one of a kind to including you. I used to think this way too. That in our simple passing I could have such a great impact on them. Each day it seems I see more and more foreigners, in the most and least likely places they continue to surface. Each new time I see them I ponder less and less about who they are, why they are here and what brought them to cross paths with me.

Since the semester began, for three hours every weekday I am surrounded by foreigners. From those I’ve encountered, the Americans and French working and living here, Germans and Hungarians coming on scholarships like myself, to the group of monks coming from Thailand. Young and old, every one of us is here in Taiwan studying to increase our Chinese language ability, to live a life here and experience the local culture. This overexposure to those, who like me come from outside the Taiwanese community, has given me the pleasure of assimilation into Taiwan. I’ve realized everyone and everything here is really just one part of what makes Taiwan, Taiwan. 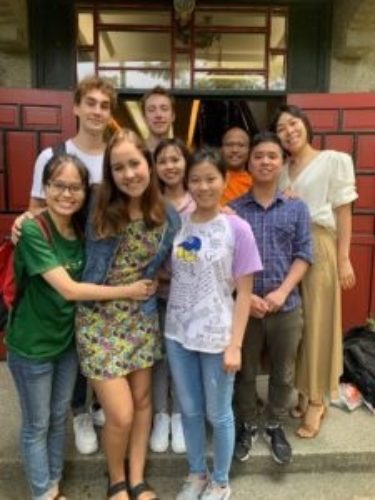 I began my journey indifferent to other foreigners, if not slightly negative. Early on I only wanted to make friends with Taiwanese people. I feared that too many interactions with foreigners would create an English speaking environment. This would hinder my language progression and could also stop me from experiencing the local culture and people. My thoughts particularly changed during my last semester at the Chinese Language Center. With my Chinese conversational ability, I started to understand my classmates as we all slowly learned how to express ourselves more. From playing badminton to going to lunch together, I slowly started spending more time with foreigners. As I became familiar with everything Taiwanese, I suddenly gained a passion to explore the many cultures that had surrounded me. I will never forget memories like our after school class parties, teaching each other how to make authentic food, exchanging music and playing games. And even better, it was all in Chinese! As I learned about the culture I also became fascinated by other languages. Like saying "I love you" in Vietnamese to anyone in the hallway because it was all I knew, or using our class breaks to learn Thai from a monk next to me. Just a few ways I've made a lovely fool of myself as I try to explore the rich cultures around me. This year in Taiwan has opened my eyes to the world and a new way of life. I now have friends around the world.

In the end, it's most important to take advantage of the wonderful culture around you, no matter where you are or what it is. There is always something to learn. You can go anywhere and many of these jumbled thoughts can still be applied.

Because after all, we're all a foreigner somewhere.