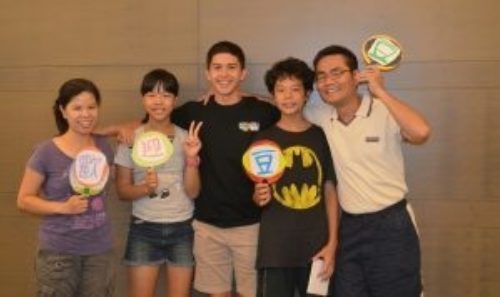 Pablo Gutierrez’s music teacher gave him his first introduction to Chinese language and culture. To further this interest, he attended Mandarin Startalk summer language learning programs two years in a row. It was through StarTalk that he also learned about NSLI-Y and decided to apply. He participated in the 2016-2017 academic year program in Taiwan.

Pablo was first struck by how different things were in Taiwan. From humorous things like garbage trucks playing whimsical music to more challenging aspects such as standing out as a foreigner, there was much to learn. As a foreigner, Pablo received a lot of attention, and many would ask if he was part Taiwanese. This gave him a chance to explain that he is part Colombian and part Mexican, to share some of his culture and explain the diversity of the U.S.

Pablo’s host family consisted of a younger brother and sister and a mom and dad. The family loved to joke, was very active, and would often take Pablo camping. He was very close to his host family, and they helped him learn and understand many of the differences between Taiwan and the U.S. Some of these were cultural faux pas such as you shouldn’t wrap things in white and you shouldn’t put chopsticks in rice standing straight up. They also took him to pray and make offerings to their ancestors and explained to him the significance of this tradition. These experiences helped him improve his language skills, immerse in the Taiwanese culture, and develop relationships with his host family and community members. 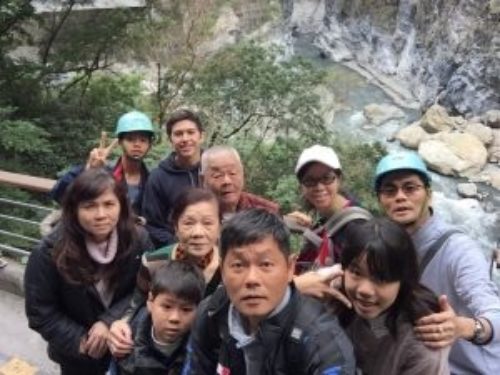 Tones in Chinese were challenging for Pablo. In fact, he did not use them for the first few months. However, he eventually realized that when he did not use tones, it took people a long time to understand him. Once on a camping trip, he thought he was having a great conversation with his host cousin until she turned to his host sister and said she didn’t understand a thing he was saying. This encounter encouraged him to take tones more seriously. He remembers another conversation when he found he could clearly pick out the tones for the first time. “It was a great feeling and breakthrough for me, and I used that experience to help myself hear and use tones in the future.”

At the end of his time in Taiwan, Pablo reviewed the first words he had written in his vocabulary notebook and realized how much he had progressed over the year. Whereas at first he did not even know how to say bathroom or bus, he could now communicate in full sentences with friends and host family members. Upon returning to the U.S., he met again with his music teacher, and she could not believe the progress he had made with the language. “The way I progressed in the language was by talking to whoever I could. Even though I could not converse fluently, I would always do my best.” In his daily conversations, he would try to use new words as often as he could. He would try to share complex experiences using all the grammar structures and vocabulary he was learning. “If you talk to people about things they enjoy, they’ll talk to you, and that’s how you practice.” 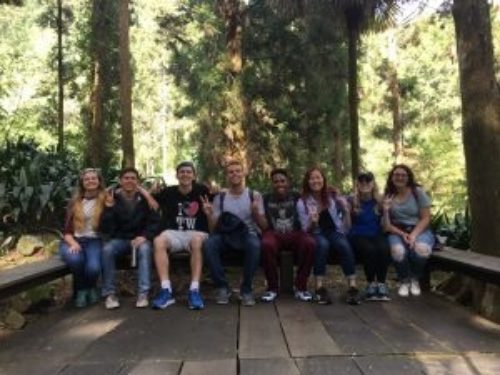 Pablo will be attending Santa Clara University to study business or economics. He plans to continue studying Chinese in college as well and to study abroad again. He is committed to using his Chinese in whatever his career is in the future. “Having [skills in] another language is so useful, especially if you can put it towards a career. The possibilities are endless.” He continues to practice his Chinese with his friends, host family, and tutors from Taiwan. His advice to those considering NSLI-Y is “just go for it,” and to “always say yes to new opportunities, friendships, and experiences.”