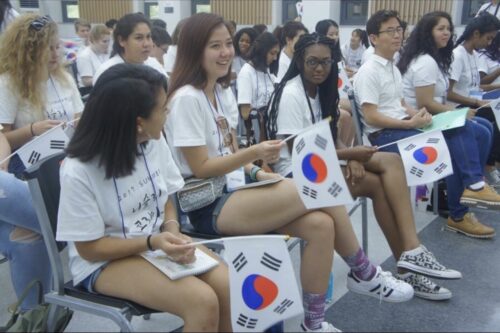 My language learning journey started pretty early on. When I was twelve, my best friend introduced me to the world of Korean pop culture. I became a huge fan and, before I knew it, my afternoons were characterized by watching new music videos from my favorite groups and catching up on the latest hot Korean drama. As many can relate, it can be difficult to navigate middle school when you have interests that are considered outside of the norm. People thought I was weird for engaging with content I couldn’t understand. Thankfully, our ever-globalizing world is beginning to see the value of the different perspectives from foreign countries—as demonstrated by the smash hit Parasite. At the time, however, others saw my interest in Korean culture as a challenge to my identity.

Never one to be influenced by the opinions of others, I took initiative to independently study Korean in an effort to understand the more nuanced aspects of the culture. Relying only on online resources was daunting, difficult, and frustrating—yet fun, exciting, and rewarding. The feeling of suddenly understanding a line of a song you’ve heard a million times is euphoric. Still, despite my best efforts, my language gains were stagnant. Fortuitously, I happened to attend an event where a diplomat in residence described the NSLI-Y program. It was only days before the application was due, but I was willing to dedicate all my time and effort into getting the application in. Looking back, the amount of typos in my application is hilarious. However, my acceptance into the program shows my passion for the Korean language and culture shone through my application. 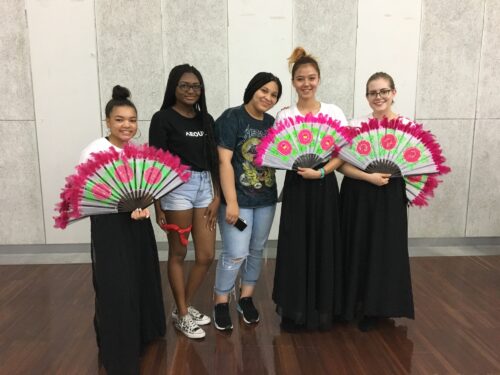 My experience with NSLI-Y was transformative. Most glaring were my language proficiency gains. I jumped from Novice-Mid to Intermediate-Mid Korean oral proficiency. While on the program, I would often be approached on the metro by elderly Korean people who were curious about me and why I was in Korea. By the time the program concluded, I found I could actually answer them! Not only that, but my conversations with my host family had graduated from pantomime to speech!

Participating in NSLI-Y was like knocking down the first domino in a long line of positive outcomes. It was a NSLI-Y event with a State Department that introduced me to the possibility of a career as a Foreign Service Officer. As a result, I went on to gain my Bachelor of Arts in International Studies and Political Science with minors in Asian Studies and TESOL from the University of Central Arkansas with the goal of curating my experience to compliment the Service. Throughout my undergraduate career, I was fortunate enough to receive the Gilman, Freeman-ASIA, Global Korea, and Critical Language scholarships. I have also interned with the Near East South Asia Center for Strategic Studies, the Clinton Foundation, and the NSLI-Y team at iEARN-USA. By graduation, I reached Advanced-Low Korean oral proficiency. Most recently, I was honored to be named a 2023 Rangel Fellow. The fellowship program will cover a significant portion of my graduate school tuition and living expenses. Additionally, it secures my entrance into the Foreign Service upon receiving my Master’s degree. Soon, I’ll be in D.C. to begin my first of the program’s two internships. 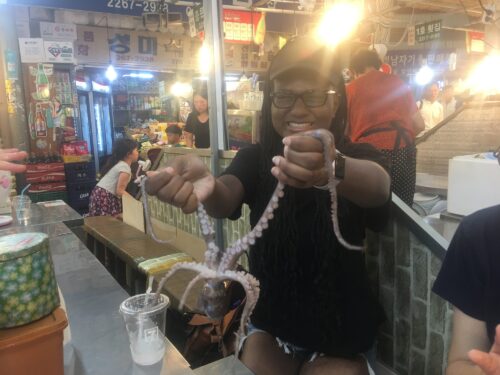 My entire journey has been strongly influenced by my time with NSLI-Y as a member of the 2017 cohort in Seoul, South Korea. I gained valuable skills, such as problem solving in unfamiliar environments and cultural awareness, which I still use today. While on the program, I was able to finetune my sense of self in a safe but brave space abroad.

No amount of exposure to the popular culture of a foreign country prepares you to experience that culture firsthand. In Korea with NSLI-Y I visited historical sites like temples and palaces, took a Korean cooking class where I learned how to make my newfound favorite foods from scratch, and even built a relationship with my host community outside of my host family. I feel strongly that pivotal experiences like mine are necessary for inquisitive students around the globe. It’s my goal to become a Public Diplomacy Foreign Service Officer who has a hand in the promotion and facilitation of programs like NSLI-Y worldwide.