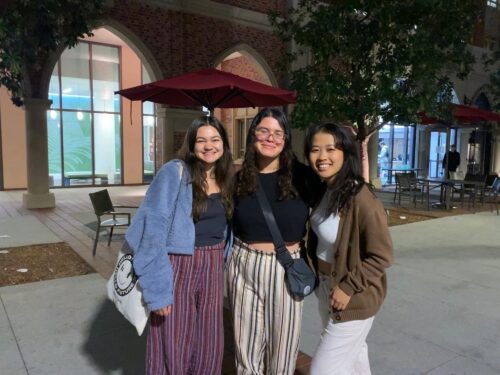 CLAPS is a virtual after-school program that introduces younger students to the eight critical languages highlighted by NSLI-Y, with an emphasis on language fundamentals, pronunciation, and cultural competence. In May 2022, the CLAPS team was awarded the 2022 Citizen Diplomacy Action Fund grant to fund CLAPS, with assistance from the Los Angeles Unified School District’s "Beyond the Bell" program in locating a preliminary middle school. The CLAPS team then created a partnership with the Language Door organization, where they worked with the organization’s teachers to develop educational materials for each of the eight languages to be taught. Lastly, they recruited NSLI-Y alumni volunteers to lead the biweekly classroom sessions.​

The group’s reasons for applying for CDAF and creating CLAPS were many, but cofounder Brooklyn noted a personal connection to the program, saying “As a former Los Angeles Unified School District student, I saw a lack of emphasis on language learning and cultural exposure. … Spanish is the most commonly taught language, but usually only at the high school level. Furthermore, in speaking with my peers, I discovered that they were unaware of the many government-sponsored opportunities and wide variety of critical languages. My ongoing enthusiasm for language learning and participation in NSLI-Y may not have been fostered had my parents not encouraged me to consider studying abroad at a young age. This experience influenced CLAPS. I wanted to find a way to pique children's interest in language learning while also facilitating the start of their journeys towards becoming global citizens.”​ 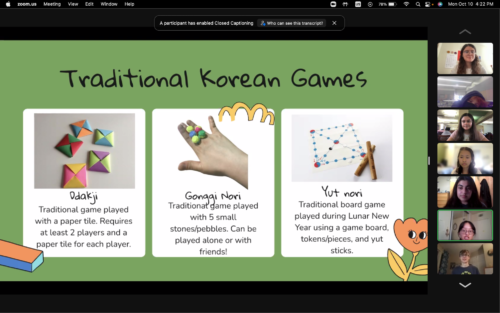 There were many highlights during the first semester of the CLAPS program. One memorable highlight was the first day of the program, when all the preparation and planning came into effect and the CLAPS team was able to meet virtually with the program participants CLAPS learning activity for the first time. They enjoyed getting to know the students better and watching the students become more engaged. The CLAPS team held their closing ceremony at the end of the program in-person, which the team noted “provided an excellent opportunity for us to reflect on our time abroad and share our experiences with the students, many of whom come from underserved communities and, like us, would not have had the opportunity to study abroad otherwise.” ​ 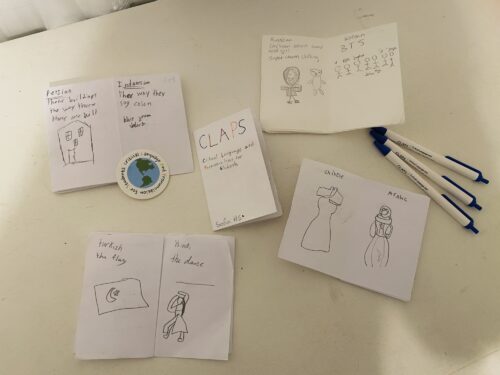 The four CLAPS organizers used the skills that they had gained as NSLI-Y Alumni Representatives to help involve the NSLI-Y alumni community within CLAPS as well. The CLAPS team coordinated a volunteer program for NSLI-Y alumni to serve as teaching assistants for their target languages, with a new cohort of volunteers leading educational activities for the students each week. This opportunity allowed the volunteers to engage in the alumni network and make use of their NSLI-Y experiences to inspire young students in their language journeys.​ Even though the CDAF award is for a short-term project, the CLAPS team is hopeful that their project will continue to evolve in the future. Due to the success of the first semester of the program, they’ve realized the potential that CLAPS has, but also that evolving the program is beyond the scope of what they can accomplish as four busy university students. They have submitted proposals for the LA Unified School District to take over the program and to offer it as an official virtual after-school program available to all kids throughout the LA Unified School District. ​

The team acknowledges that tackling such a big endeavor as CLAPS as college students was daunting and difficult at times. From worries about being too young to be successful to logistical challenges with finding students and recruiting volunteers, the CLAPS team notes that they struggled at times. However, they credit their strong teamwork skills to why they were able to overcome the challenges they faced and create manageable workloads that ensured the functioning of the program. ​

The CLAPS team encourages other NSLI-Y alumni who are curious about pursuing CDAF or other grants to go for it, and to not let concerns about experience or qualifications hold you back! The team notes “Something we quickly realized is that while past experience can come in handy, it is by no means necessary. The only thing someone needs to pursue an undertaking of this nature is an issue they are passionate about and the commitment to see the project through. Once someone has those two qualities nailed down, they will be able to grow as CLAPS team with participants challenges and hardships emerge and build support systems essential for learning.” They also stressed the importance of teamwork, saying that their existing friendship made the project more fun and more manageable, as they enjoyed working together and spending time together. They encourage other NSLI-Y alumni to reach out to other NSLI-Y peers when considering applying for CDAF.​